• Condos Are in Uncharted Territory: The first generation of American condominiums is reaching old age. Are homeowner boards up to the task? (Slate) see also What the condo collapse means for agents, sellers and buyers in South Florida “The condo market was on fire. There is no question that the condo market is going to take a hit because of the fear factor. I’ve already seen it in closings.” (South Florida Agent Magazine)

• Beware the IP-Ohs One should raise money when it is available rather than when it is needed. This is the reason most companies come out with their IPOs during rising or bull markets when money is aplenty. Unfortunately, most investors in these IPOs come out on the losing end of the equation (Safal Niveshak) see also The Rebirth of the IPO 2020 was a banner year for initial public offerings. Even though capital markets more or less shut down in March and April of last year and companies couldn’t go on their standard roadshows to sell their stock, IPOs were up 36% from 2019. (Wealth of Common Sense)

• Covid Didn’t Kill Cities. Why Was That Prophecy So Alluring? A distrust of urban life has persisted in America, finding expression in different ways over time.  (New York Times) but see “I Don’t Think I’ll Ever Go Back”: Return-to-Office Agita Is Sweeping Silicon Valley As more of America gets vaccinated, executives—especially in tech—are facing a conundrum: a scattered workforce, employees enchanted by the WFH lifestyle, and million-dollar campuses standing vacant. (Vanity Fair)

• Fintech, NeoBanks and the Unbanked: 25% of U.S. households are either unbanked or underbanked. Half of the nation’s unbanked households say they don’t have enough money to meet the minimum balance requirements. 34% say fees are too high. And, if you’re trying to get a mortgage, you’d better hope the house isn’t cheap. (No Mercy No Malice) see also Introducing Not Boring Capital: Behind-the-Scenes of Raising a Fund to Invest in Companies with Stories to Tell (Not Boring)

• There’s A Stark Red-Blue Divide When It Comes To States’ Vaccination Rates But surveys have shown Trump supporters are the least likely to say they have been vaccinated or plan to be. Remember, Trump got vaccinated before leaving the White House, but that was reported months later. Unlike other public officials who were trying to encourage people to get the shot, Trump did it in private. (NPR) see also Least Vaccinated U.S. Counties Have Something in Common: Trump Voters The disparity in vaccination rates has so far mainly broken down along political lines. For nearly every U.S. county, both the willingness to receive a vaccine and actual vaccination rates to date were lower, on average, in counties where a majority of residents voted to re-elect former President Donald J. Trump in 2020. (New York Times)

• Angels Star Shohei Ohtani Isn’t the Best Two-Way Player Since Babe Ruth. He’s Better. The MLB All-Star has been heralded as the ‘Japanese Babe Ruth’ because of his abilities as a hitter and a pitcher. But he’s doing something Ruth never did. (Wall Street Journal)

Be sure to check out our Masters in Business interview this weekend with Christine Hurtsellers, CEO of Voya Investment Management. The firm manages over $245 billion in assets. Hurtsellers was recently named to Barrons’s top 10 most influential women in wealth management. 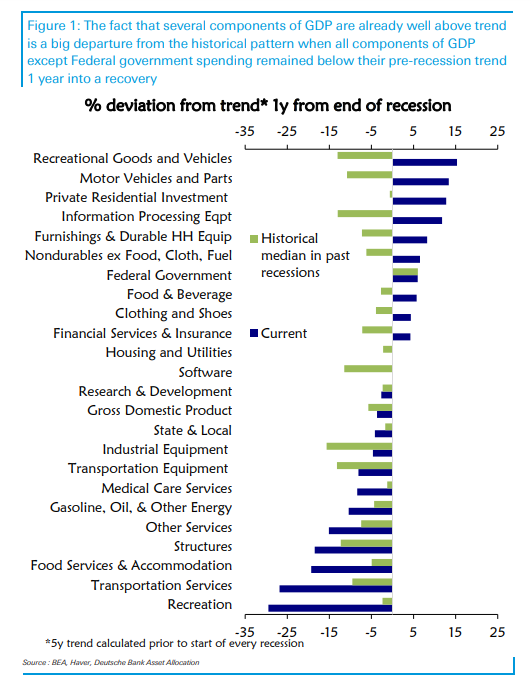 All energy crises pale in comparison to Covid

Government Protected Monopolies Are the Only Ones to Fear – Silver Doctors

We Can Have Low Interest Rates Or Robust Growth, But Not Both – Silver...

Take a look at some of the biggest movers in the premarket:F5 Networks (FFIV) – F5 beat estimates by 30 cents a share,...

9 Reasons Going Into Business With Your Spouse Is A Great...