• The Great American Cleanup: Deodorant, Teeth Whitener Fly Off the Shelves ‘Everyone wants to look their best’: As restrictions ease, stores say sales are shifting away from toilet paper and baking flour to cosmetics and swimsuits (Wall Street Journal)

• The Economy Is Booming. Why Don’t Firms Believe It? Rather than an economic crash during the pandemic, we have instead seen aging supply lines straining under a surge in demand, the likes of which hasn’t been seen for decades. Whether in lumber, shipping, semiconductors, or any of a range of industries, this has been a fascinating through-line (Bloomberg)

• Houses Have Gotten Bigger and Nicer Part of the unaffordability problem is that expectations have gotten ahead of reality. Houses were more affordable for our parents because the ones they were buying bare little resemblance to the ones we’re buying. (Irrelevant Investor) see also Did HGTV Ruin the Housing Market For Millennials? First-time homebuyers aren’t thrilled with the housing market at the moment. It’s not a buyer’s market despite (or because?) Interest rates remain at generationally low levels. What if young people are unhappy with the housing market because their expectations are too high? What if our tastes have become too expensive? (A Wealth of Common Sense)

• Don’t Blame David Swensen for 2-and-20 Hedge Funds The Yale endowment pioneer relied as much on “soft” people skills for his success as on the alternative assets that fueled the growth of an industry. (Bloomberg)

• Why Amazon is paying $9 billion for MGM and James Bond Amazon isn’t competing with Netflix, but it is spending billions trying to figure out Hollywood. Maybe 007 can help. (Recode)

• Ethereum Closes In on Long-Sought Fix to Cut Energy Use Over 99% Shift could boost Ether as Bitcoin’s environmental rap worsens; ETH’s 45,000 gigawatt usage may fall to 1/10,000th of that. (Bloomberg)

• Green Finance Goes Mainstream, Lining Up Trillions Behind Global Energy Transition After years of intermittent excitement and fizzled expectations, environmental-oriented investing is no longer just a niche interest (Wall Street Journal) see also How the Green Economy Will Be a Gold Mine for Copper A linchpin of the old energy economy, Copper will play a crucial role in the new green one: Cables made of the metal are the most cost-effective means of transmitting electricity from solar and wind sources. “There is no decarbonization without copper, aka the new oil.” (Barron’s)

• Chernobyl Is Heating Up Again, and Scientists Aren’t Sure Why The disaster at Chernobyl nuclear power plant occurred more than 35 years in the past, but the possibility of another disaster is still present” Engineers completed the construction of the New Safe Confinement to stabilize the highly radioactive and full of fissile material site. Some worrying signals have emerged, suggesting the remains could still heat up and leak radiation into the environment all over again. (ExtremeTech)

Be sure to check out our Masters in Business interview this weekend with Scott Sperling, Co-Chief Executive Officer of private equity firm Thomas. H. Lee. The Co-CEO is a member of the firm’s Management and Investment committees. THL has completed more than 100 investments in excess of $125 billion of aggregate purchase price. Their flagship fund has more than $5B in it, and their Automation Fund has over $900 million in LP assets.

In case anyone was wondering where #BTC mining happens 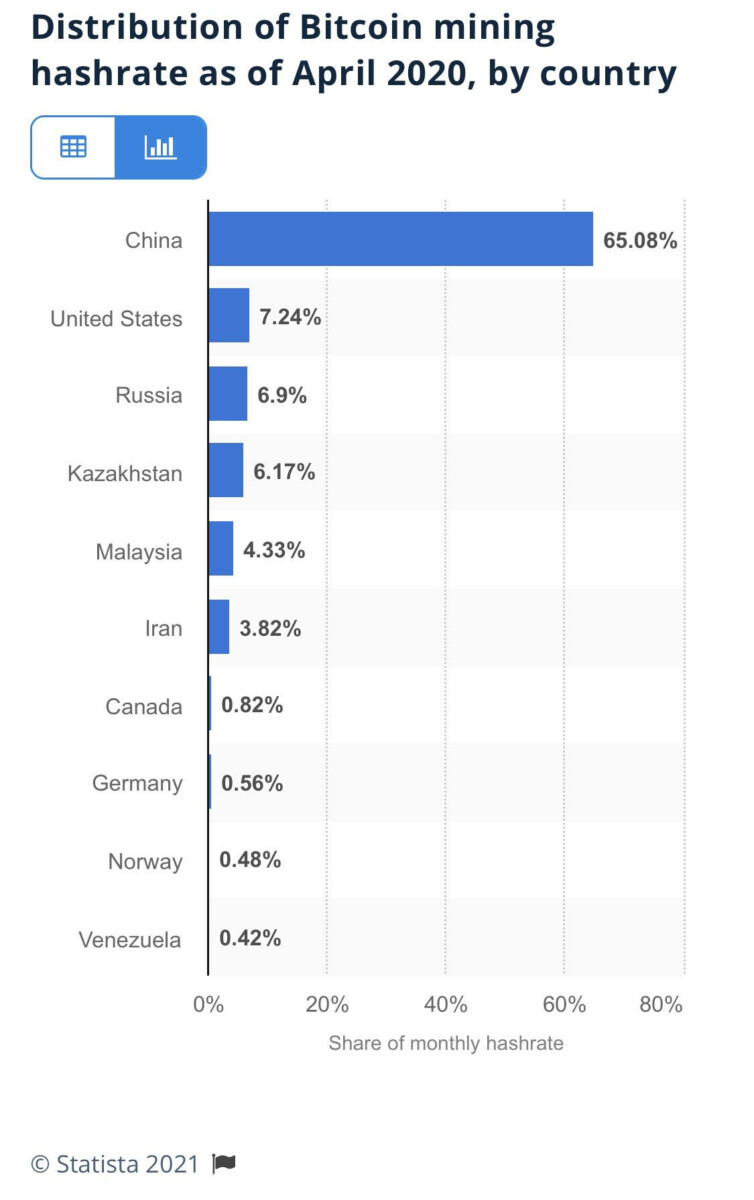 Who Pays The Price? The Ignorant

The Best Lighting for Your Zoom Calls to Look More Professional

Silver, there’s so much more going on – Silver Doctors

Black Wall Street was shattered 100 years ago. How Tulsa race massacre was covered...

How to Manage Risk and Make Money in This Volatile Market

June 14, 2021 6 min read Opinions expressed by Entrepreneur contributors are their own. Trading is a profitable business when carried out strategically. However, it can...

The Federal Reserve is risking its credibility by keeping policy so loose and allowing inflation to grow in a way that may not...

Bank of America CEO Brian Moynihan on Monday detailed the financial firm's approach to bringing employees back to the office, telling CNBC that those...

A CFM56-7B aircraft engine from a Boeing 737 stands on assembly stands in a maintenance hangar at MTU Maintenance Berlin-Brandenburg.Patrick Pleul | picture...

Ariel Skelley | DigitalVision | Getty ImagesA lack of paid leave and access to quality child care has long been an issue for...

Top Biotech Stocks To Buy Right Now? 3 For Your Watchlist

OPEC+ meeting in focus amid concerns over Iranian oil supply

Why Acting Like You Have Nothing to Lose is Actually the...

How to Manage Risk and Make Money in This Volatile Market