• Average corporate tax rate plunged by more than half after 2017 overhaul Business investments in things like plants and equipment, as well as employment in the U.S., increased following enactment of the law, the study found. (Politico) see also The Wealth Gains That Made 2020 a Banner Year for the Richest 1% The richest 1% of households saw their net worth rise by some $4 trillion in 2020, meaning that they captured about 35% of the extra wealth generated nationwide, according to the latest quarterly study of household wealth from the Federal Reserve. The poorest half of the population, by contrast, got about 4% of overall gains. (Bloomberg)

• Are Electric Cars Really Better for the Environment? EVs produce fewer emissions overall than their gas-powered counterparts, but there are caveats  (Wall Street Journal)

• NFTs: The Method to the Madness of a $69 Million Art Sale ‘Nonfungible tokens’ could solve problems that have dogged the art world and other markets for centuries. Still, some buyers may be getting a bit too enthusiastic. (Wall Street Journal) but see NFTs Are Music Industry’s Latest Big Hit Musicians are connecting with fans and generating revenue by selling digital collectibles, even if they are hard to value (Wall Street Journal)

• Financial world greenwashing the public with deadly distraction in sustainable investing practices Former BlackRock executive blows the whistle on Greenwashing; Fear of missing out on fund flows gives asset managers a strong incentive to pretend all their offerings are green. (USA Today)

• ‘I’m in a really dark place’: Complaints at Goldman Sachs set off a workplace debate. A group of 13 disgruntled first-year analysts at Goldman Sachs has made waves by assembling a professional-looking presentation in the company’s style about their experiences at the investment bank. They work an average of around 100 hours per week, rating job satisfaction as 2 out of 10; they were unlikely to stay at Goldman. (New York Times) but see Forget griping staffers, investors love Goldman Sachs’ David Solomon He uses the corporate jet to travel to his mansion in the Bahamas, even as he indulges in hobbies that include pricey wines, kitesurfing and DJing at nightclubs — all the while demanding that his people get back to the office as the COVID pandemic subsides. (New York Post)

• The Preteen’s Guide to Getting Rich Off YouTube Ryan Kaji’s video empire makes most of its revenue from merchandise, not ads. (Businessweek)

• The New Stimulus Act Offers Huge Benefits for Families New rules offer rebate payments, new tax credits and bigger deductions—if you know where to look (Wall Street Journal) but see Stimulus Bill as a Political Weapon? Democrats Are Counting on It. The $1.9 trillion package is a big bet by the party that it will restore a sense of normalcy by the 2022 elections and that voters will defy history and reward Democrats with more seats in Congress. (New York Times)

• Quantum Mischief Rewrites the Laws of Cause and Effect Spurred on by quantum experiments that scramble the ordering of causes and their effects, some physicists are figuring out how to abandon causality altogether. (Quanta Magazine)

• The Misinformation Campaign Was Distinctly One-Sided In 2020, false propaganda about voting came almost exclusively from the right, putting tech companies in a bind (The Atlantic) see also Making it easier to vote does not threaten election integrity The 2020 elections saw many states expand voting by mail, the use of ballot drop-off boxes and other procedures. Turnout was high and elections were secure. (The Conversation)

• A New Documentary Recasts Ernest Hemingway as Millennial Avatar Most surprisingly, the documentary shows a man who—far from being a relic of the past—is instead an avatar for the 21st century, with the narrative coalescing around themes near and dear to the millennial heart: gender inequity, mental health, and the thirst for fame. (Bloomberg)

Be sure to check out our Masters in Business interview this weekend with Bill Gurley, the legendary venture capital investor at Benchmark. His investments include GrubHub, Nextdoor, OpenTable, Zillow and of course, Uber. He is a member of the Board of Trustees of the Santa Fe Institute, and is widely considered one of most influential dealmakers in technology. He was named TechCrunch’s VC of the Year in 2016.

Are rising rates bearish for the S&P 500? 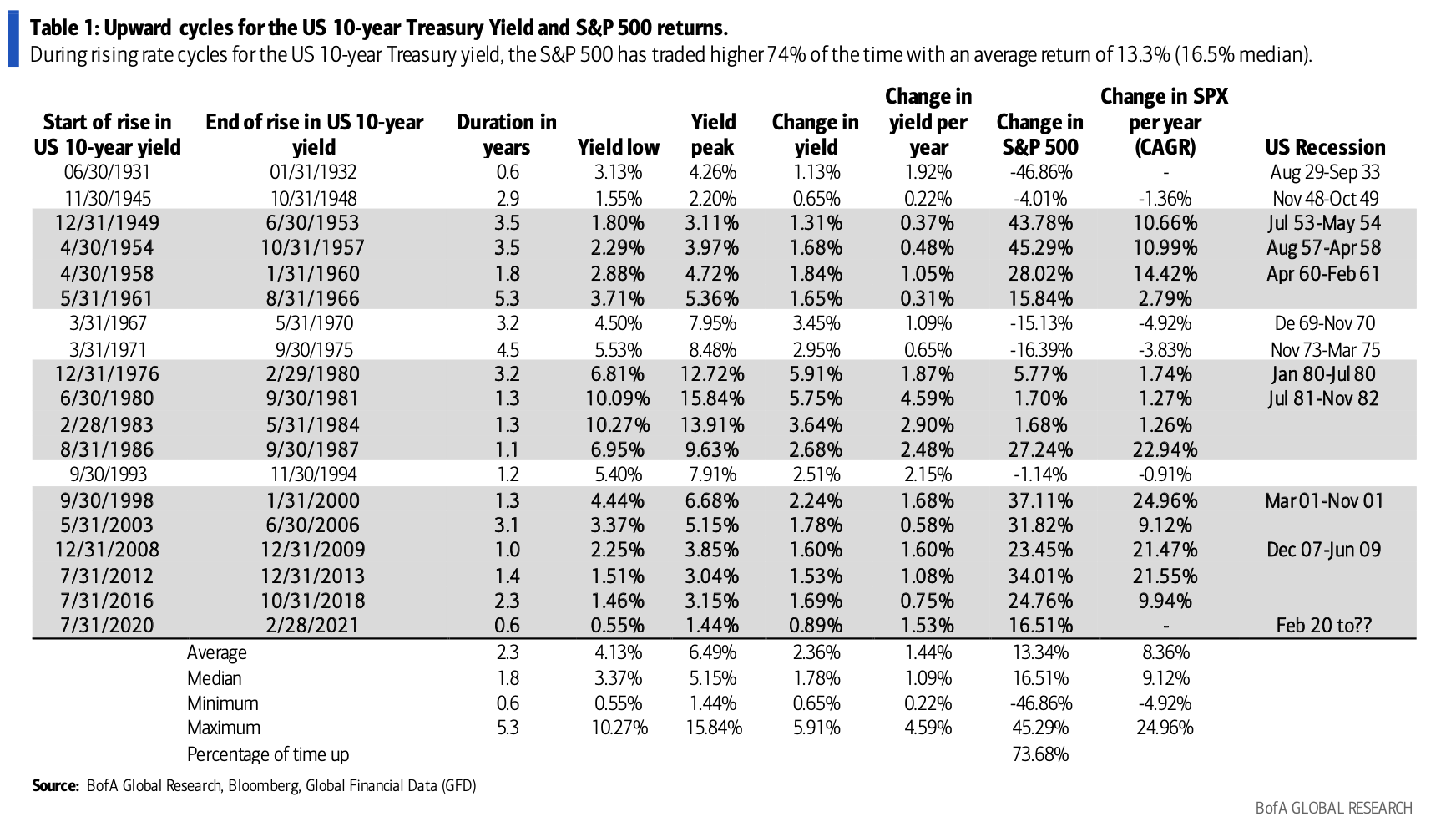 To learn how these reads are assembled each day, please see this.

BBRG: $100 Million New Jersey Deli Is Representative of Nothing

It is not the same to persuade, than to manipulate

Gold Pulls Back After A Strong Rally – Silver Doctors

In the short-term, gold has rallied $100/oz. That’s always a good time for traders to shift a bit of gold into fiat, and...

April 21, 2021 6 min read This story originally appeared on StockMarket Are These The Best Beverage Stocks To Buy Now? While the tech stocks selloff has dominated...

Received Unemployment Benefits In 2020? You May Get A Surprise Refund

How Much is Your Time Worth?

In his final letter to shareholders as CEO, Jeff Bezos took a victory lap by calculating all of the time Amazon Prime has...

BBRG: $100 Million New Jersey Deli Is Representative of Nothing

$100 Million New Jersey Deli Is Representative of NothingThe nature of “bulletin board” stocks is that they often trade far above fair value...

How To Invest As A Teenager The Right Way

Gold Pulls Back After A Strong Rally – Silver Doctors

Received Unemployment Benefits In 2020? You May Get A Surprise Refund