• It’s not all bad! 20 things that made the world a better place in 2020  From record-beating scientific discoveries to an elephant baby boom, 2020 was about much more than just the global pandemic (Wired)
• The year shopping changed forever When we look back at 2020 in the business world, we’ll remember it as the year online shopping stopped being the future of retail and became the present. (Recode) see also Retail’s Boom-and-Bust 2020, in 10 Charts Toilet-paper shortages, big-chain bankruptcies and new stay-at-home shopping habits marked a singular year for an industry upended by the pandemic. (Bloomberg)
• A theory of (almost) everything for financial markets Some critics of passive investing now admit it is more resilient than they thought (Financial Times)
• Should You Buy An All-Time High? Data suggests that for many risky assets (stocks, Bitcoin, gold, etc.), all-time highs are a bullish indicator, at least in the near term. Why? Because all-time highs tend to follow other all-time highs. (Of Dollars And Data)
• China’s Empire of Concrete The Chinese housing market has boomed, outstripping the rampant growth of the economy itself. This is how the nexus of households, local governments, banks and developers functions. (Wall Street Journal)
• MIT Sloan research about social media, misinformation, and elections False information has become a feature of social media — especially during election years. Research shows false news peaked on Twitter during the 2012 and 2016 presidential elections, and before and after the 2016 election, the Russian government used Facebook, Instagram, and Twitter to spread false information and conspiracy theories and stoke divisions. (MIT Sloan)
• Instacart Looked Like a Savior. Now Stores Aren’t So Sure. Some supermarkets plan to stick with delivery service despite fees; Instacart says it lets grocers expand e-commerce without building their own infrastructure  (Wall Street Journal)
• 2020 was the year of ‘traveling from home.’ These were our 10 favorite ways. For better or worse, 2020 was the year for “traveling” from home. We pored over (and posted) old vacation photos. We dreamed of future trips. This guy even brought some of the airplane experience home by buying Delta first-class seats for his living room. Here are other elaborate ways people traveled from home this year. (By The Way)
• Why these Fox News loyalists have changed the channel to Newsmax Their stories lend texture to what has been a quantifiable shift in the number of people who watch Newsmax, a much-smaller, would-be competitor network that has seen a dramatic uptick in viewers in the weeks since the election by capitalizing on conservative frustration with Fox, and a desire from President Trump’s fans to keep alive the flailing narrative he will serve a second term, despite Biden’s coming inauguration. (Washington Post)
• Cher Everlasting: Dear Academy: Please Give Cher Another Oscar As stay-at-home orders began creeping inward from the coasts in March, people were drawn, with tidal force, to “Moonstruck.” Search data from Google Trends indicate interest in the film remained unusually robust throughout 2020, compared with the waxing and waning search cycles of previous years. (New York Times Magazine)

Employment recovery in the wake of the COVID-19 pandemic 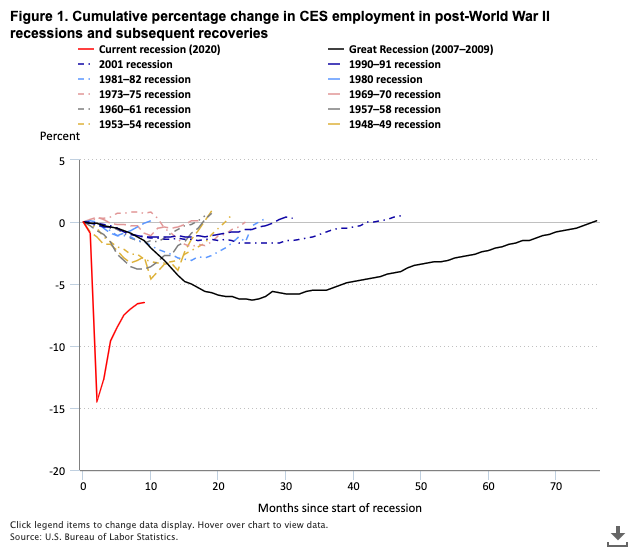 Building the Right Kind of Unicorn

5 Steps to Help You Choose The Right Mutual Funds

Will More Money Make Me Happier?

Recently, I published a post discussing the most recent Medscape burnout and depression survey results for physicians. An interesting point of discussion was...

The weekend is here! Pour yourself a mug of French Roast coffee, grab a seat by the fire, and get ready for our...

This Word Prediction Software Can Streamline Your Workflow and Boost Productivity

Lightkey can predict up to 12 words into the future in 85 languages. January 16, 2021 2 min read Disclosure: Our goal is to feature products and...

Myths and misconceptions about financial independence and early retirement

As the financial independence and early retirement movement (or FIRE movement, for short) has gained popularity, some myths and misconceptions have sprung up...

How This Company Is Disrupting the Trucking Industry

Will More Money Make Me Happier?