• How Trump drove the lie that the election was stolen, undermining voter trust in the outcome He has done so by harnessing the power of his position, using his pulpit at the White House and his Twitter feed to let loose a fusillade of conspiracy theories. His assault on the integrity of the election has gotten a hefty assist from pro-Trump media outfits and an assortment of state lawmakers and lawyers who gave oxygen to the debunked allegations — and a majority of congressional Republicans, who called on the Supreme Court to overturn the results in four states. (Washington Post)
• The Battle for Waterloo: As COVID-19 Ravaged This Iowa City, Officials Discovered Meatpacking Executives Were the Ones in Charge Meatpacking was once a path to the middle class in Waterloo, where workers led the fight for civil rights. But by the time the pandemic hit, a transformed industry had assembled a workforce from the most vulnerable parts of the world. The stage had been set. (ProPublica)
• How Cities Lost Control of Police Discipline In the chaos of 1960s Detroit, a fledgling police union laid the groundwork for a system that, to this day, constrains discipline for officers accused of misconduct. (New York Times)
• The truth in Black and white: An apology from The Kansas City Star Today we are telling the story of a powerful local business that has done wrong. For 140 years, it has been one of the most influential forces in shaping Kansas City and the region. And yet for much of its early history — through sins of both commission and omission — it disenfranchised, ignored and scorned generations of Black Kansas Citians. It reinforced Jim Crow laws and redlining. Decade after early decade it robbed an entire community of opportunity, dignity, justice and recognition. That business is The Kansas City Star. (Kansas City Star)
• The Treasonous Pardon of Paul Manafort Trump, Russia, and the swamp won. America lost. (The Bulwark) see also No president has ever misused the pardon power as thoroughly as Trump has: Not to rectify wrongs and dispense mercy but to reward political allies, excuse corruption and erase, as completely as possible, the work of the special counsel who plagued his years in office. (Washington Post)
• China launches ‘gray-zone’ warfare to subdue Taiwan Having crushed the resistance to its rule in Hong Kong, China is moving against Taiwan with irregular tactics meant to exhaust the island’s military – which is in bad shape to confront the threat. It’s unclear how the incoming Biden administration will respond. (Reuters)
• How teachers are sacrificing student privacy to stop cheating Surveillance software for remote learning is drawing criticism from privacy advocates and lawmakers. (Vox)
• Sidney Powell’s secret intelligence contractor witness is a pro-Trump podcaster As she asked the U.S. Supreme Court this month to overturn President Trump’s election loss, she cited testimony from a secret witness presented as a former intelligence contractor with insights on a foreign conspiracy to subvert democracy. Powell told courts that the witness is an expert who could show that overseas corporations helped shift votes to President-elect Joe Biden. The witness’s identity must be concealed from the public to protect her “reputation, professional career and personal safety.” In reality, the witness was a pro-Trump podcaster with none of those qualifications and a history of fraud. (Washington Post)
• Uninstalling Stephen Miller: How one man’s mastery of the dark bureaucratic arts made life a living hell for immigrants and refugees. As a senior advisor to the president, Miller used his position to focus on immigration while avoiding the congressional scrutiny to which agency officials are subject (The Bulwark)
• The insidious attacks on scientific truth A layperson’s version of the pernicious philosophy I mentioned earlier is the familiar bleat of: ‘Well it may not be true for you but it is true for me.’ No, it’s either true or it isn’t. For both of us. As somebody once said (authorship multiply attributed), you are entitled to your own opinion but not to your own facts. (The Spectator) 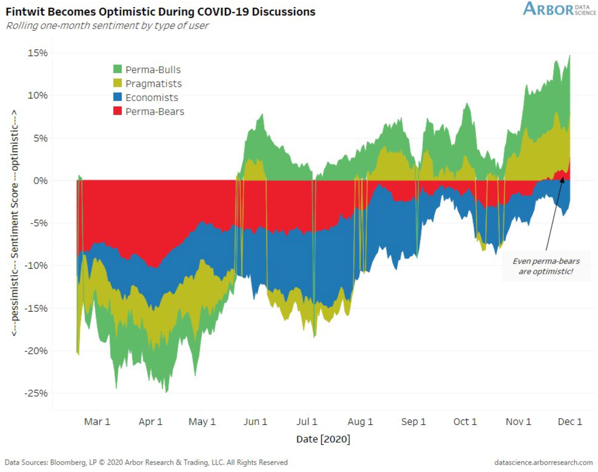 The Price Of Gold Will Be Rising By Hundreds Of Dollars An Hour? –...

How Retailers Adapted to Work-From-Home Shift in 2020

Investing in Real Estate with Fundrise

Interest rates in developed countries have been falling for years as governments prop up economies with easy credit. This comes at the expense...

A house under construction is seen in Culver City, a neighborhood of Los Angeles on November 21, 2020.Chris Delmas | AFP | Getty...

President Joe Biden signs an executive order during an event in the State Dining Room of the White House on Jan. 21, 2021.Alex...

Which Is Best For Your Investing Style