• What Joe Biden’s Win Over Donald Trump Means For Your Money The policies of the U.S. president-elect could shape the way millions of Americans save, spend and manage their finances for years. (Bloomberg) see also What a Biden Presidency Means for Your Finances aa (Of Dollars And Data)
• Renewables’ Biggest Obstacle to Being Good Long-Term Investments? A lack of decent battery storage capability. The race is on to improve that, though. (CIO)
• How Allbirds Became Silicon Valley’s Favorite Sneaker Why tech bros like Ashton Kutcher have adopted nondescript, style-agnostic shoes as a key part of their daily uniforms (Wall Street Journal)
• Economy Has Momentum, But So Does the Virus Biden might have been dealt something of a lucky hand with respect to the economy. As a general rule, it is much better to have the recession at the front end of your administration than the back end. (Tim Duy’s Fed Watch)
• Wildfires Are Close to Torching the Insurance Industry in California Fire science keeps getting better, but the fires themselves are getting much, much worse. (Businessweek)
• This AI whiz could be the next Elon Musk or Steve Jobs, but first she has to navigate being 18  Katie Stevo had a plan for everything. 2020 challenged her in ways she never expected.(Washington Post)
• Are the Brain’s Electromagnetic Fields the Seat of Consciousness? Peer deeply into the brain, and you’ll find electrochemical synapse firings—produced by neurons of various types—are responsible for the feeling of life itself, consciousness. (Nautilus)
• What Went Wrong With Polling? Some Early Theories Pollsters thought they had learned from the errors of 2016. It’s possible that they did, and that this election reflects new problems. (New York Times) see also Worried pollsters admit huge problem National polls vastly underestimated support for President Trump once again, leading to a major industry soul searching about how to fix some fundamental problems. (Axios)
• Biden’s First War Would Have to Be Against Propaganda: Restoring U.S. politics will require a sustained assault on the disinformation spread by supporters of his predecessor. (Bloomberg)
• Sinatra on the Podium: Not only a singer, Ol’ Blue Eyes was a self-taught, talented conductor. (Wall Street Journal)

How Politics Has Pulled the Country in Different Directions 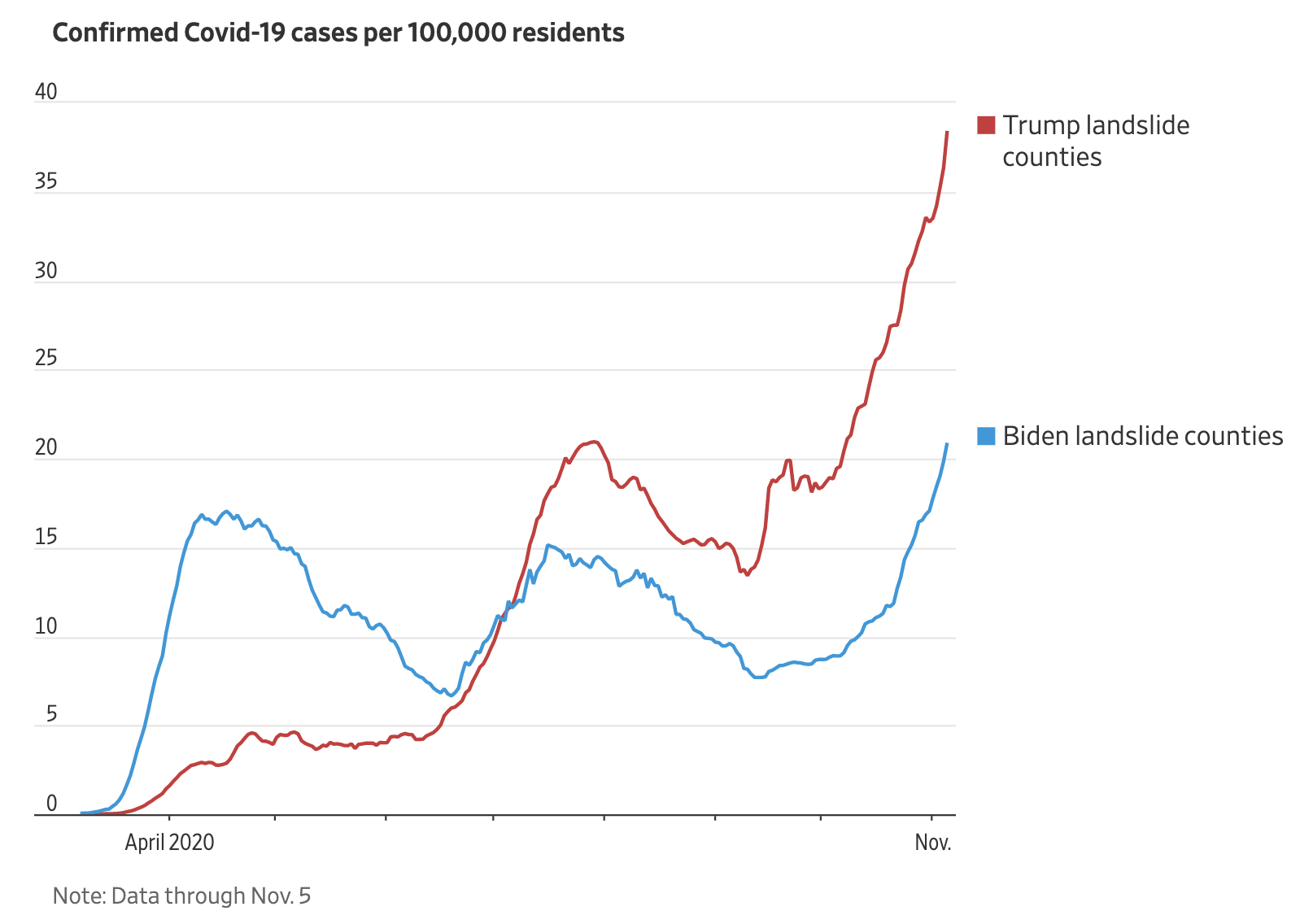 The Bogus Case Against Gold And Why Mainstream Economists Who Make It Are Wrong...

6 Tips for Hiring the Right People

December 3, 2020 8 min read Opinions expressed by Entrepreneur contributors are their own. This article was written by Mitchell Terpstra, a member of the Entrepreneur...

Last week, my colleague Patrick from Cash Money Life pinged me on Facebook. “Hey, J.D. What are some of the other personal-finance conferences...

Main Street in battleground states can swing the presidential election

The power of forests, part one

How Much Does Homeowners Insurance Cost? (And Is It Worth It?)

Medicaid Debt Can Cost You Your House

6 Tips for Hiring the Right People