• The most worrying attacks on democracy, in one giant chart: Political scientists have been monitoring Trump’s biggest deviations from his predecessors (Washington Post)
• What I Learned From Training to Be a Right-Wing Poll Watcher Rule No. 1: Don’t let the Democrats slip you laxatives.  (Slate)
• Cost-Cutting at America’s Nursing Homes Made Covid-19 Even Worse An investigation into a troubled chain in Tennessee reveals the industry could have done more to stop the virus. (Businessweek)
• Trump didn’t build his border wall with steel. He built it out of paper. As it turns out, the president didn’t need Congress after all. Without ever signing a single immigration law or completing his famous wall, Trump has cut the flow of foreigners by executive fiat (Washington Post)
• The Real Hunter Biden Story Everyone is Missing: Why aren’t we paying attention to the blatant blackmail? (Substack)
• How Do You Know When Society Is About to Fall Apart? Meet the scholars who study civilizational collapse. (New York Times)
• America’s Next Authoritarian Will Be Much More Competent Trump is just one more example of the many populists on the right who have risen to power around the world. These people win elections but subvert democratic norms: by criminalizing dissent, suppressing or demonizing the media, harassing the opposition, and deploying extra-legal mechanisms whenever possible (The Atlantic)
• The Curious Case of the People Who Want to “Reopen” America—But Not Wear Masks Decadence and performative emoting are alive and well in pandemic America. (The Bulwark)
• A Very Stable Genius? No, a narcissist and a racist – a portrait of Trump from a vast library of books  Wade through the vast tomes of books written about the president over the last four years and a horrifying picture emerges (The Guardian)
• Once Again, the American People Have Misunderstood My Election Entrail-Reading Methodology Election results are slowly coming in, and although it’ll be a while before we know the final vote totals, one thing is clear: The American people are saying rude things about me on Twitter, which means they have once again failed to understand the complicated methodology behind my election coverage. (Slate)

Be sure to check out our Masters in Business next week with Adam Posen, president of the Peterson Institute for International Economics. Posen’s research into monetary and fiscal policies have propelled the institute to international recognition. He was a voting member of the Bank of England.

Why Donald Trump is losing support from whites without college degrees 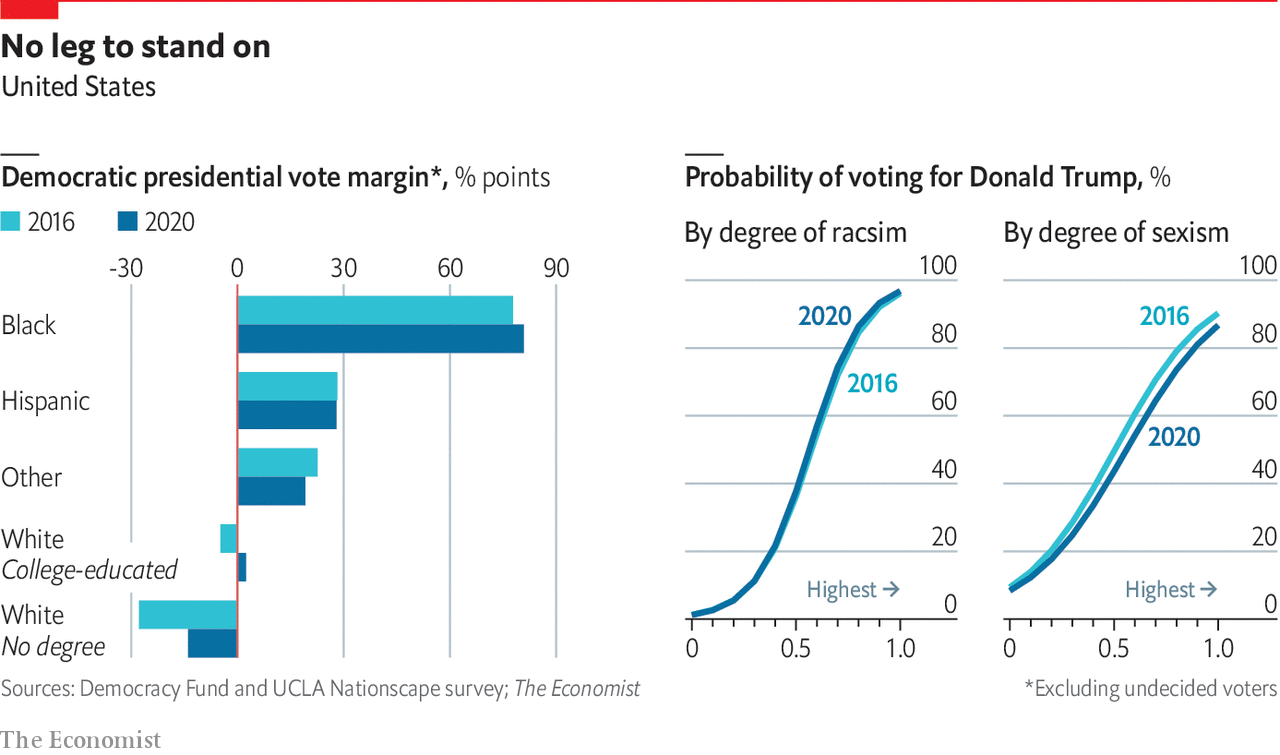 How Israel Is Changing the Face of Medical Procedures

MiB: Keeping the Lights on During the Pandemic

Sustainable investing is surging. How to decide if it’s right for you

Protect Yourself In The Most Chaotic Decade – Silver Doctors

Trump Loses The 2020 US Presidential Election, Just As Predicted In...