The weekend is here! Pour yourself a mug of Organic Guatemala Fair Trade Quetzaltenango, coffee, grab a seat in the Autumnal sun, and get ready for our longer form weekend reads:

• Why These Retail Giants Are Booming Amid The Pandemic—And Being Hailed As Heroes: Amid the Covid carnage, Target, Wal-Mart and Best Buy have finally figured out how to compete against Amazon and sell in the 21st century. Investors and consumers – and workers – are all winning. (Forbes)
• The Man Who Speaks Softly—and Commands a Big Cyber Army Meet General Paul Nakasone. He reined in chaos at the NSA and taught the US military how to launch pervasive cyberattacks. And he did it all without you noticing. (Wired)
• Sports cards are back in a big way — pandemic, recession and all: How the coronavirus, the internet and tons of money unexpectedly fueled sports cards’ biggest boom (ESPN)
• The small-town takeout store worker who won over New Zealand — and the world Throughout her three-year term, she’s attracted headlines — for being an unusually young Prime Minister, for giving birth while leading a country, for her empathetic handling of the Christchurch mosque attacks, and lately, for her swift, effective action against the coronavirus pandemic. (CNN)
• The Vampire Ship: How the seizure of Europe’s largest heroin shipment created bloody fallout throughout the world—and sparked still-raging political corruption scandals in Turkey, Greece, and the Middle East (New Republic)
• Robert Lighthizer Blew Up 60 Years of Trade Policy. Nobody Knows What Happens Next. Trump’s trade representative joined the administration with one mission: Bring factory jobs back from overseas. The results so far? Endless trade wars, alienated allies, and a manufacturing recession. (ProPublica)
• Here’s a list of the 10 greatest works of journalism of the past 10 years. Care to argue about it? There’s a new ranking from the New York University’s Carter Journalism Institute looking at the decade 2010-2019, intended to “honor really great work that has already stood the test of time.” (Washington Post)
• Mark Zuckerberg is spending millions like never before to overhaul a landmark law The billionaire Facebook founder is making the most expensive electoral play of his career. (Vox)
• A Dose of Optimism, as the Pandemic Rages On The months ahead will be difficult. But the medical cavalry is coming, and the rest of us know what we need to do. (New York Times)
• Gal Gadot Is in a League of Her Own: Three years ago, Gal Gadot rocked the world as Wonder Woman. In the sequel, she’s back to kick more ass in the name of feminism. (Vanity Fair)

Be sure to check out our Masters in Business interview this weekend with Lisa Cook, a professor of economics and in international relations at Michigan State University. The Marshall Scholar served as a senior researcher at the Council of Economic Advisers under President Barack Obama, and held positions at the National Bureau of Economic Research; the Federal Reserve banks of Minneapolis, New York and Philadelphia; and the World Bank. 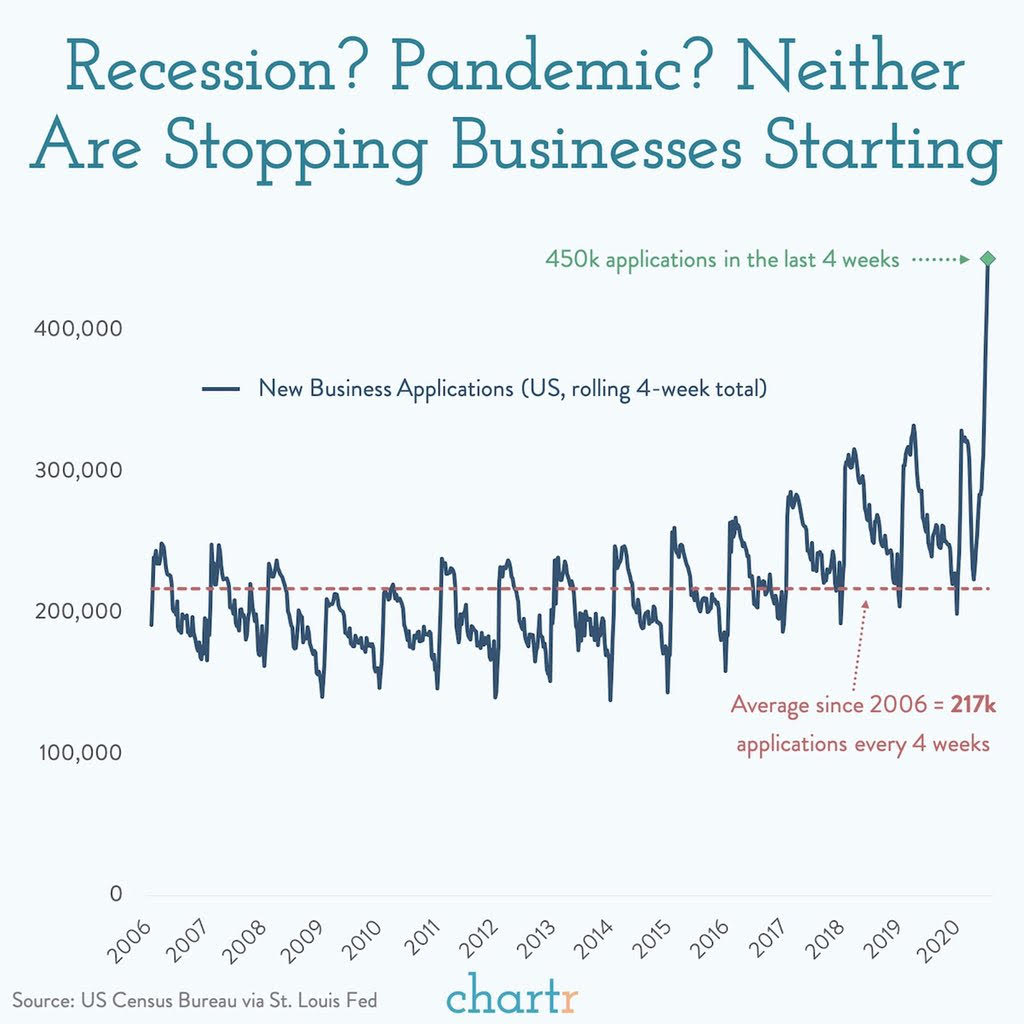 The No. 1 mistake that can destroy your business

We can expect that for this coming 2020 Halloween, a lot of adjustments will have to be made… by Michael Lewis via CouponLawn One of...

Don’t miss the most important news of the week! Take a look at Emprendenews

This week, we speak with Mario Giannini, CEO of private equity firm Hamilton Lane. The firm began in Philadelphia in 1991, as a private...

Where should investors look to preserve the purchasing power of their wealth against what’s coming? Jim Rogers interviewed by Adam Taggart on Peak Prosperity Jim...

Don’t miss the most important news of the week! Take a look at Emprendenews